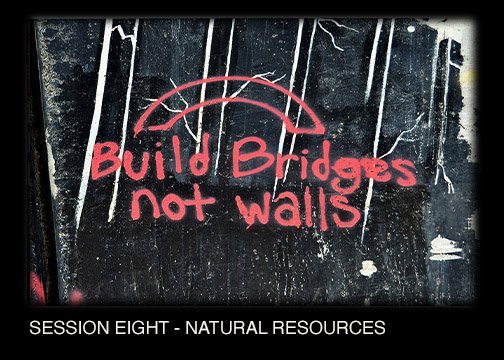 Research Assignment Conversation: Each participant will present the poems and/or artwork they have selected based on their assignment seven research. They will post their written essays and poem/artwork and discuss the similarities and differences they found.

Discussion Topic: Water rights, land allocations, oil and gas reserves. All topics of concern in any nation state. In Palestine/Israel these issues take on greater significance as they are literally a matter of life and death in the daily lives of the residents of Gaza and the West Bank. An issue, little discussed in western media are the vast natural gas deposits off the Gaza coast.  At issue, who currently has access to the region’s natural resources and who will ultimately have control over them.

Research Assignment: Research the allocation of water resources throughout Israel/ Palestine. Look especially closely at the resources available in the West Bank and Gaza and how water usage affects the population of these areas, including in Israeli settlements. Look too at the desalination technology being developed by Israel and how this work is, or is not, being shared.