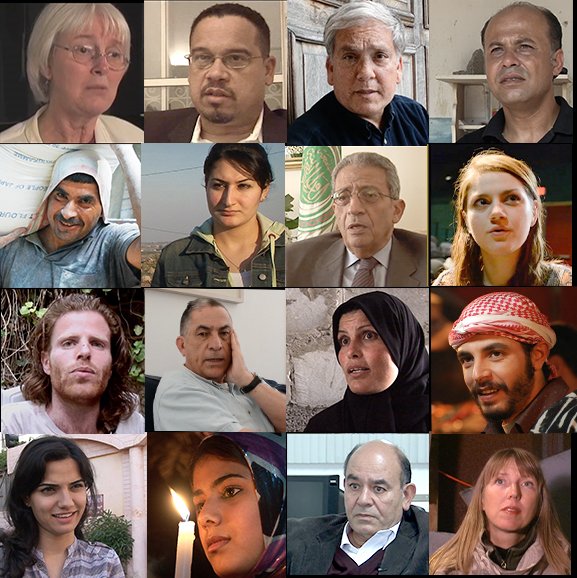 For 73 years two peoples have faced off against each other, Israelis and Palestinians. Politics, politicians, international bodies have been unable to end the conflict, to end the death and destruction.  It is time to turn to world citizens through a crowd-sourced investigative documentary to find resolution.

RESOLUTION is the first in a series of programs tackling difficult and complex unresolved issues.

RESOLUTION will turn to a cross-section of international civil society: academics, students, activists, artists, and critically citizens of the regions and from the Diaspora who have been directly impacted by their immediate histories.  In the case of Israel/Palestine their collective mission will be to research, analyze, strategize and ultimately draft a position paper; an equitable, viable and enforceable formula for resolving this completely untenable situation.

In our time of pandemic and lockdown, the scenario for actualizing this mission is a crowd sourced participatory documentary production.  As designed, our twelve-session exploration, with 12 participants, will examine the past, present and future of the region in real time.  The goal, to put this on-going conflict into a human context; to facilitate an understanding of the issues at hand and build a foundation upon which a viable resolution scenario can be found.

Weekly, each recorded 90-minute session will be segmented into three distinct sections: participant presentations of project-directed research; the screening of expressly edited video from Israel/Palestine; and an in-depth discussion of the specific topic areas at hand.   All sessions will be led by a respected known journalist, who will host them and direct the conversation from an informal studio setting where computer monitors will be arranged in a manner such that participants and invited guest experts will appear to be facing each other, rather than on a video “flat surface.”

The foundation for this project is built out of 80 hours of background footage shot and edited by the project’s collaborative team over the past dozen years inside Gaza, the West Bank, Israel, the U.S., Turkey, Germany and Eastern Europe.

Specifically, from this video material twelve 8–10-minute chapters will be distilled, all to be used to begin the taped discussions and dialogues around the specific Palestinian/Israeli issues at hand.  With topics ranging from Ethnic Identity, to the Holocaust and the Nakba (the Palestinian ‘catastrophe’), to Allocation of Natural Resources, to Protest Tactics, over the course of a four-month production cycle it is anticipated approximately 120 hours of new footage will be collected.

On-air participants in this exploration will be carefully selected to bring a diverse set of experiences and viewpoints to the table.  It is the project’s goal to include recognizable individuals in their fields of endeavor, including politicians, academics, journalists, activists, artists, along with Israelis and Palestinians directly affected.